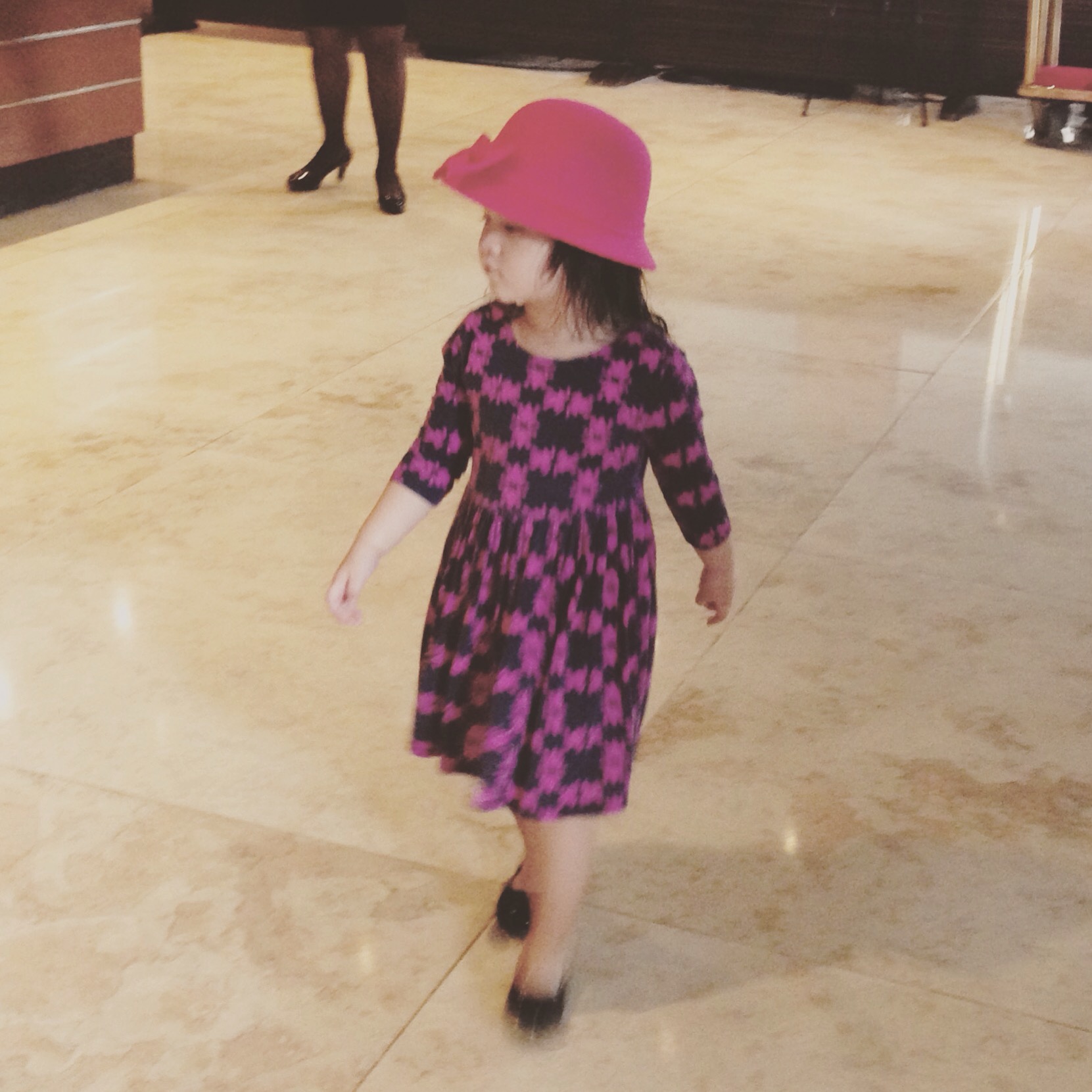 They say time really flies by so quickly when you’re enjoying yourself. Well, being a mom to my Hunter, I guess I am. 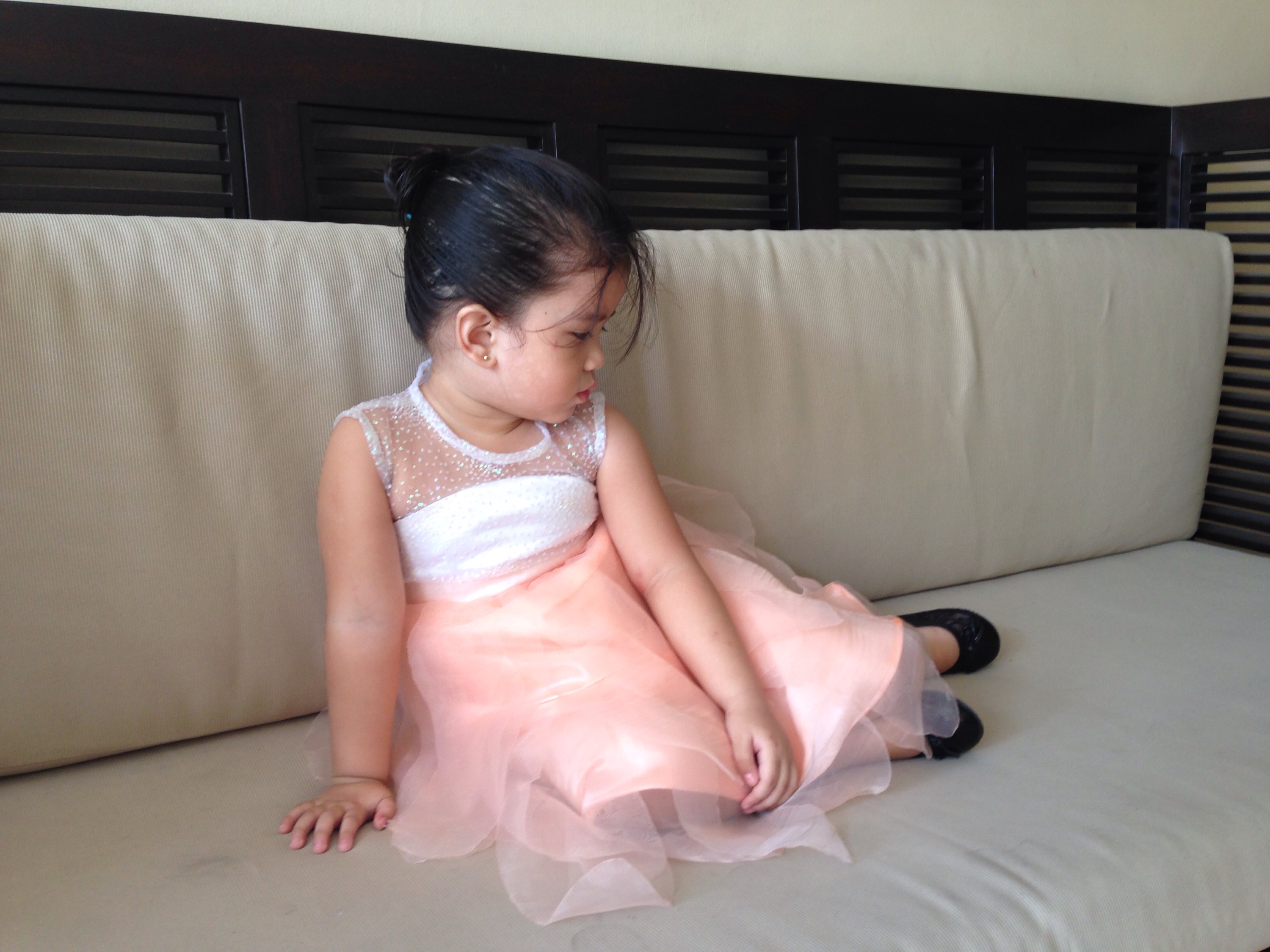 It’s been more than two years now. My Cassey Hunter is now looking like a little lady with a personality so awesomely developed at her very young age. When she looks at me now with her eyes twinkling, it feels like as if she’s always telling me – I KNOW, MOMMY, I KNOW. 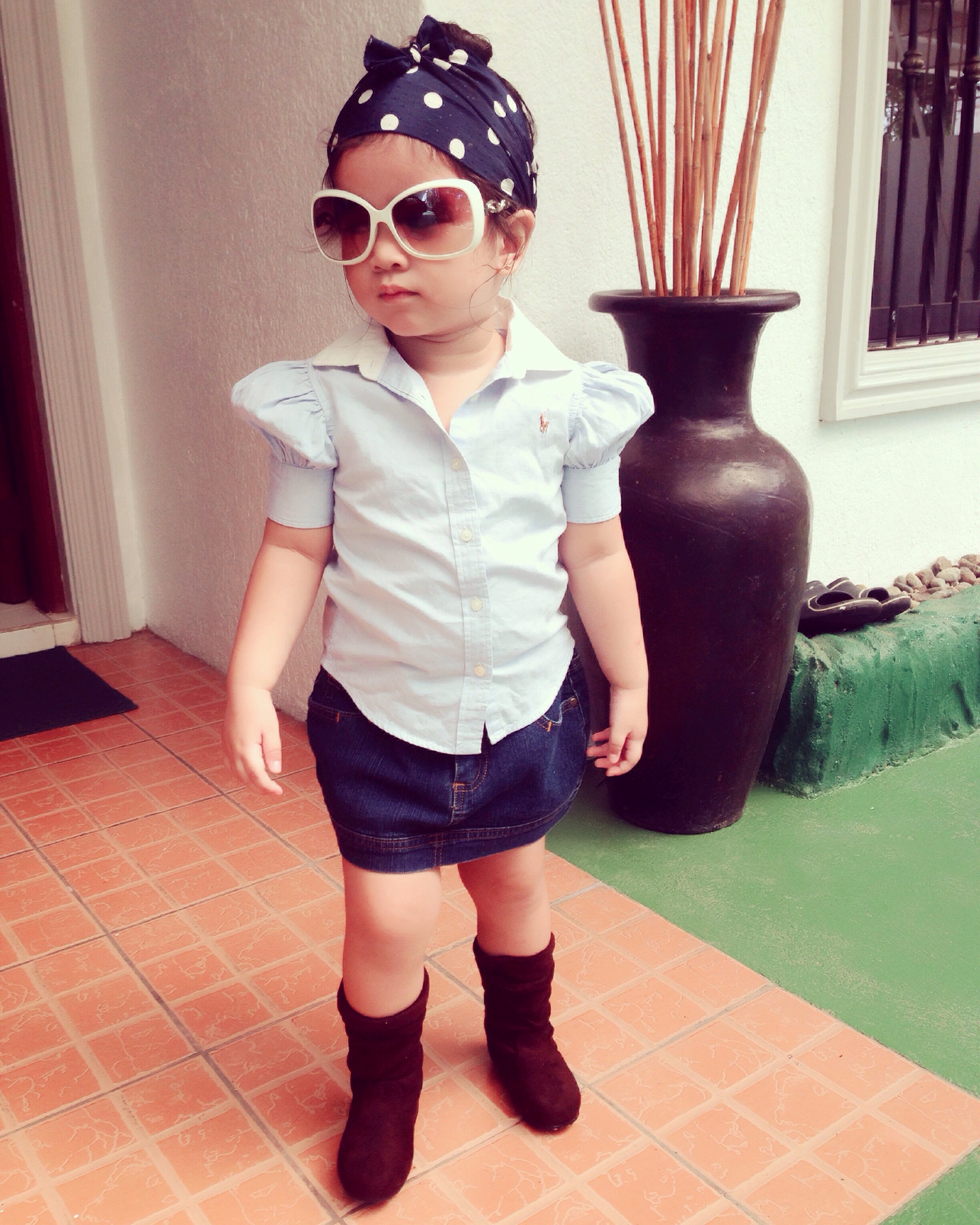 She loves dressing up… We can do it all day you won’t hear her whinning.

Her passion now is singing and dancing. She has the charm of a young star and when she dances she pulls that one-sided smile as she looks away from you (as if teasing you) and continues to swing and shake her body like a really cute battery operated doll. 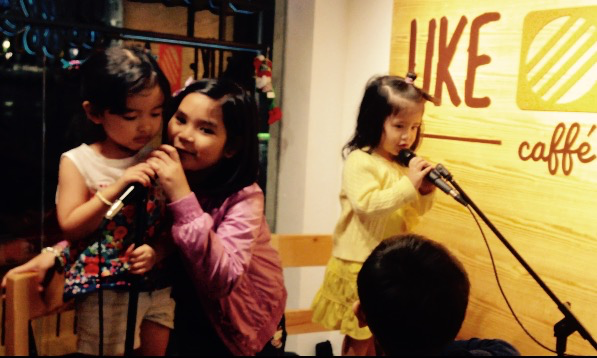 She sings, tries and tries to sing.. and learns to sing more… And tries to understand the lyrics of every song she sings. Sometimes, I ask myself, are two year olds supposed to know really the titles of the songs they’re singing? Coz everytime I ask her what song she was singing, she immediately replies with the right song title. And she loves musical instruments… and I mean any type. 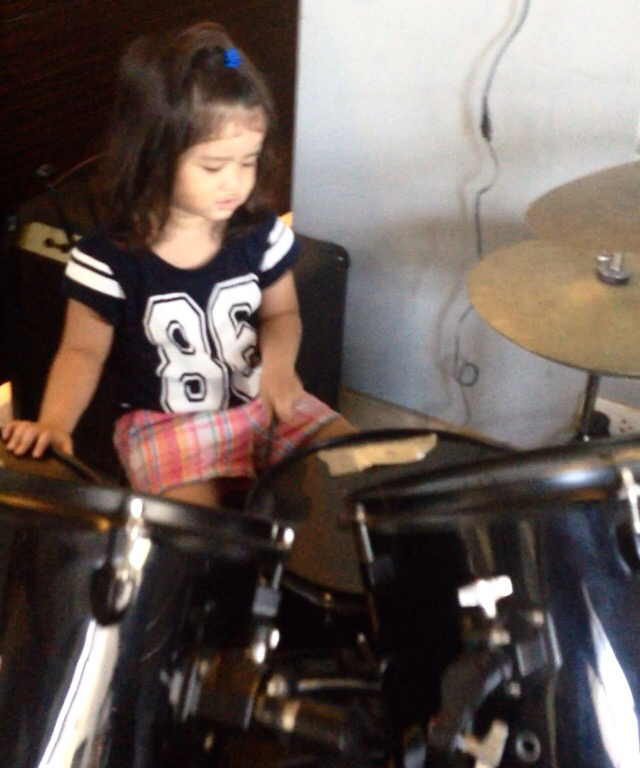 She’s very much into YOUTUBE music videos now. This is kinda my fault, but I find it calms her down. We would snuggle up under a blanket watch Barbie Life in the Dreamhouse, theatre plays, random nursery rhymes or Peppa Pig.

Her hair now has grown quite long, almost reaching her nose at the front so we use an assortment of ponytails and pigtails to take it out of her eyes. 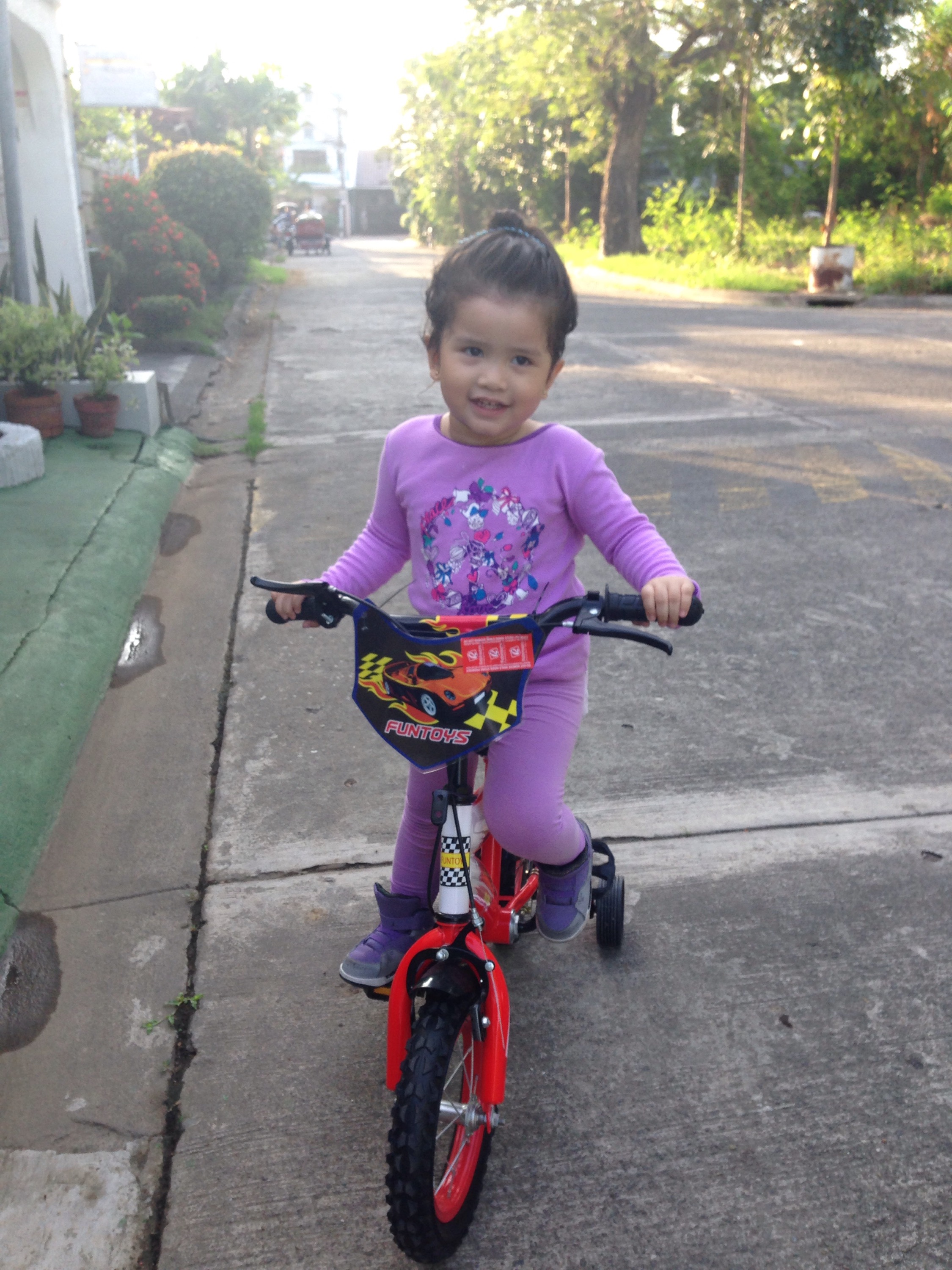 I’ve noticed tantrums creeping in. She’s learning that if she doesn’t get her own way if she cries or gets a bit aggressive mommy and especially daddy will likely step in and resolve whatever issue there is.. Like getting back mommy’s iPad she was playing on. She loves Apple. And not the fruit kind.
She loves her family very dearly, she enjoys every second she spends with her cousins, titos and titas and grannies.

She loves being at the beach. 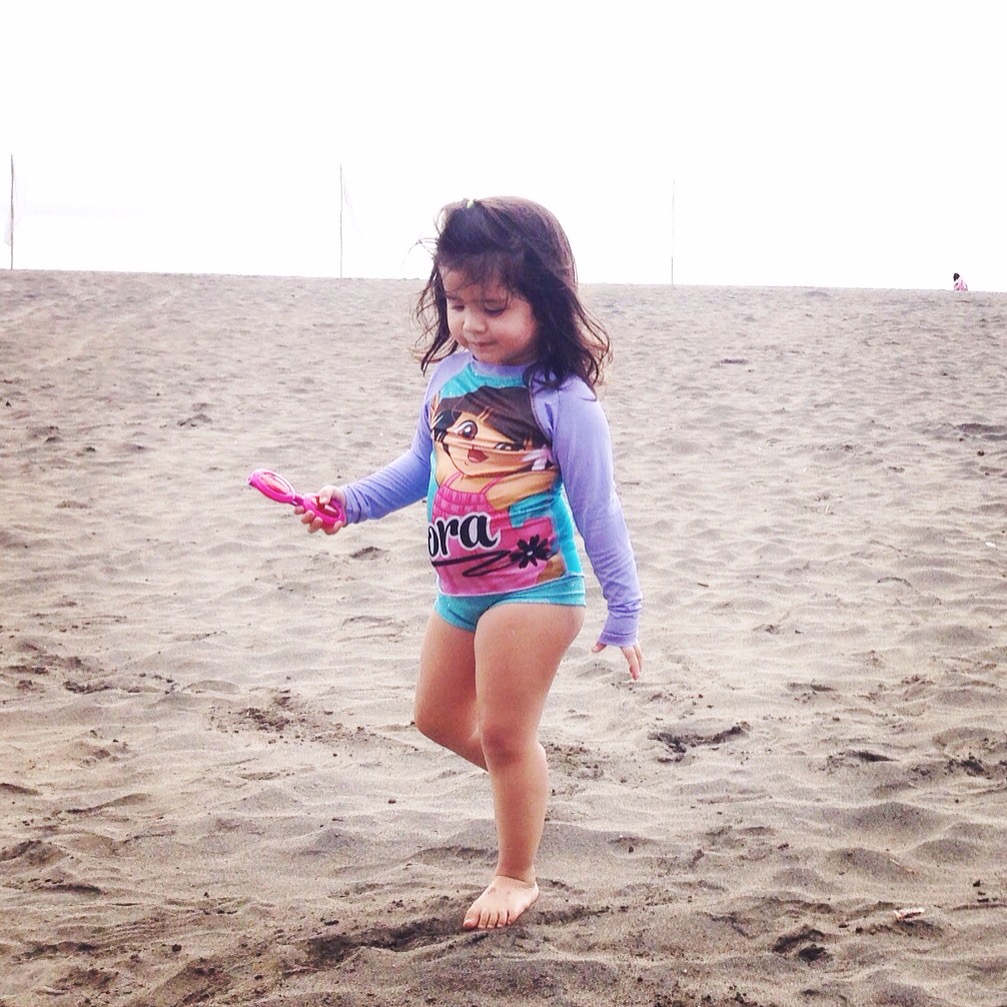 She loves Christmas so much and enjoyed everything we did the last holiday.

What I’m enjoying most about her at this stage is her innocence and being sensitive or observant of the people around her. Although she’s starting to show signs of tantrums and forcing her own way, it’s very mild. Most of the time she goes along, happy and very sociable, eating what we give her and just learning things.

I feel now that I somehow have coped up a lot more. I’m more relaxed now, thinking I have a beautiful, intelligent daughter, who is fun to be around and who brings us so much joy and love I have ever experienced. I always take her wherever I go, and the very few times that I don’t, I miss her terribly, even for a few hours that I’m away from her, and I love nothing more than coming home to her at those times. 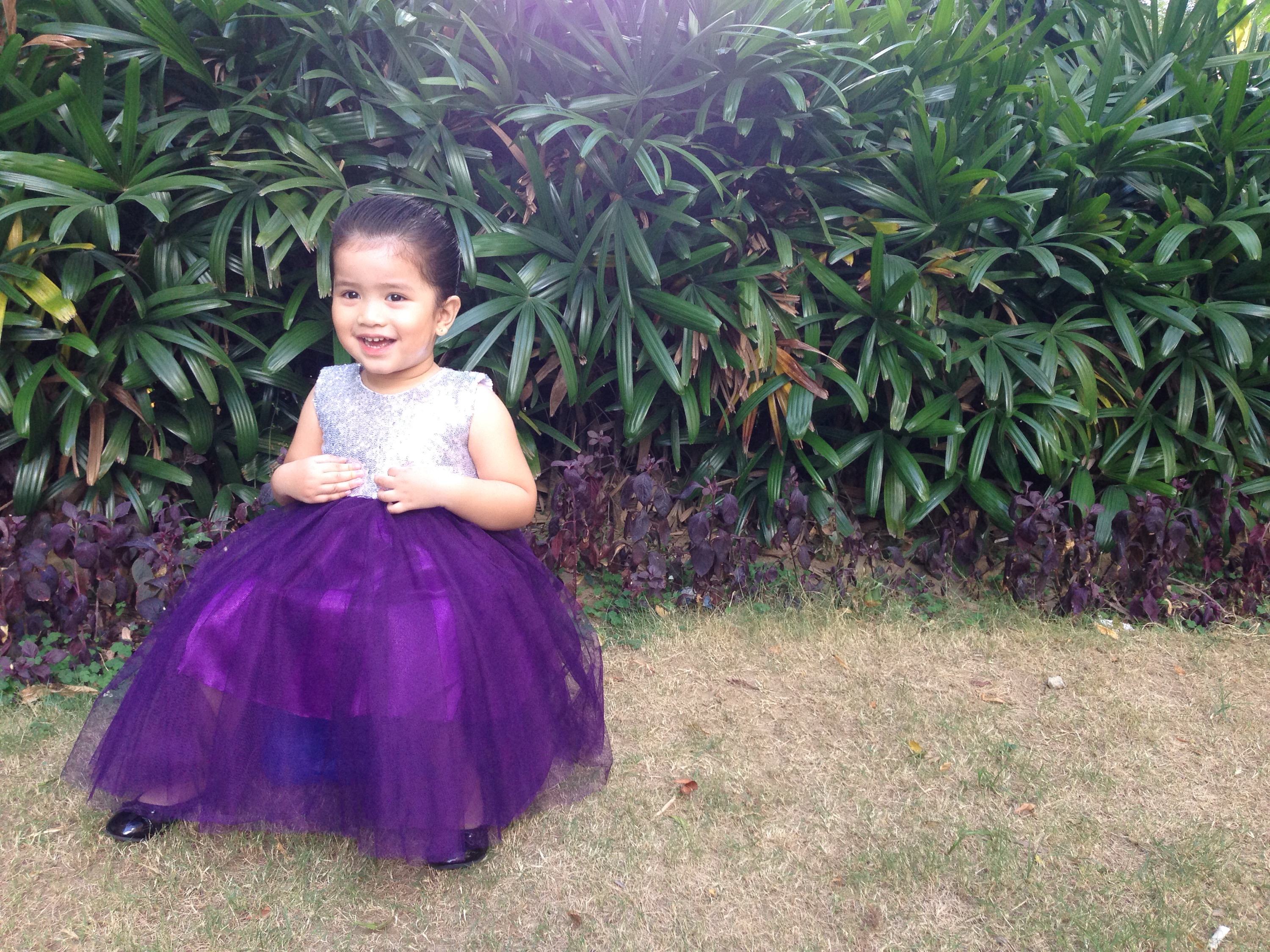 There are a lot of things that has changed as well, she no longer uses her pacifier (before she turned 2 she stopped). She started potty-training. Although she doesn’t like brushing her teeth, she’s beginning to learn the importance of it. She still uses the same set of milk bottles she used as a baby, although we have upgraded the nipple type, thanks to the durable  Avent bottles.
She’s still on Nido 1 to 3, which started after shifting her from formula at 1.6 year old, a good and economical decision by the way. 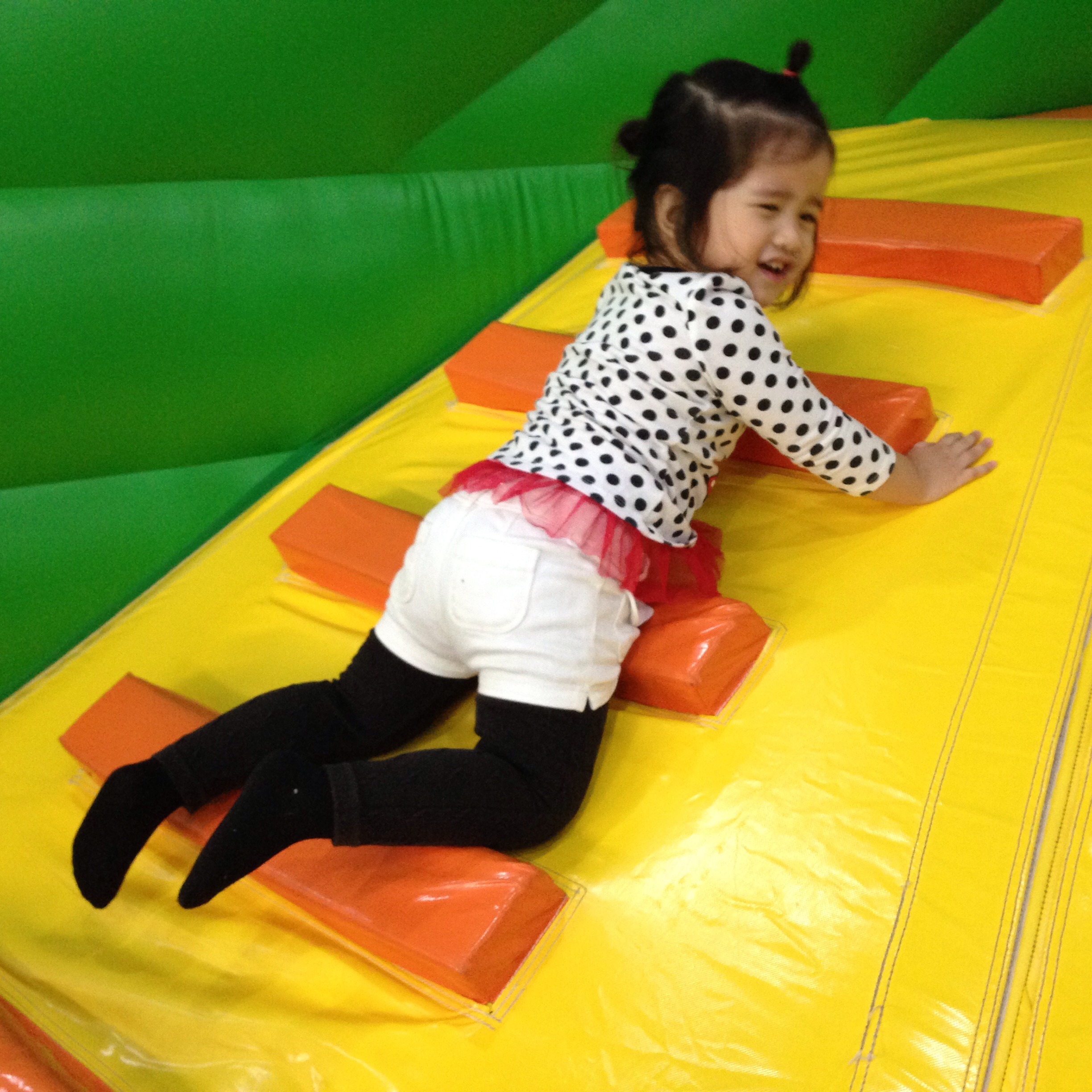 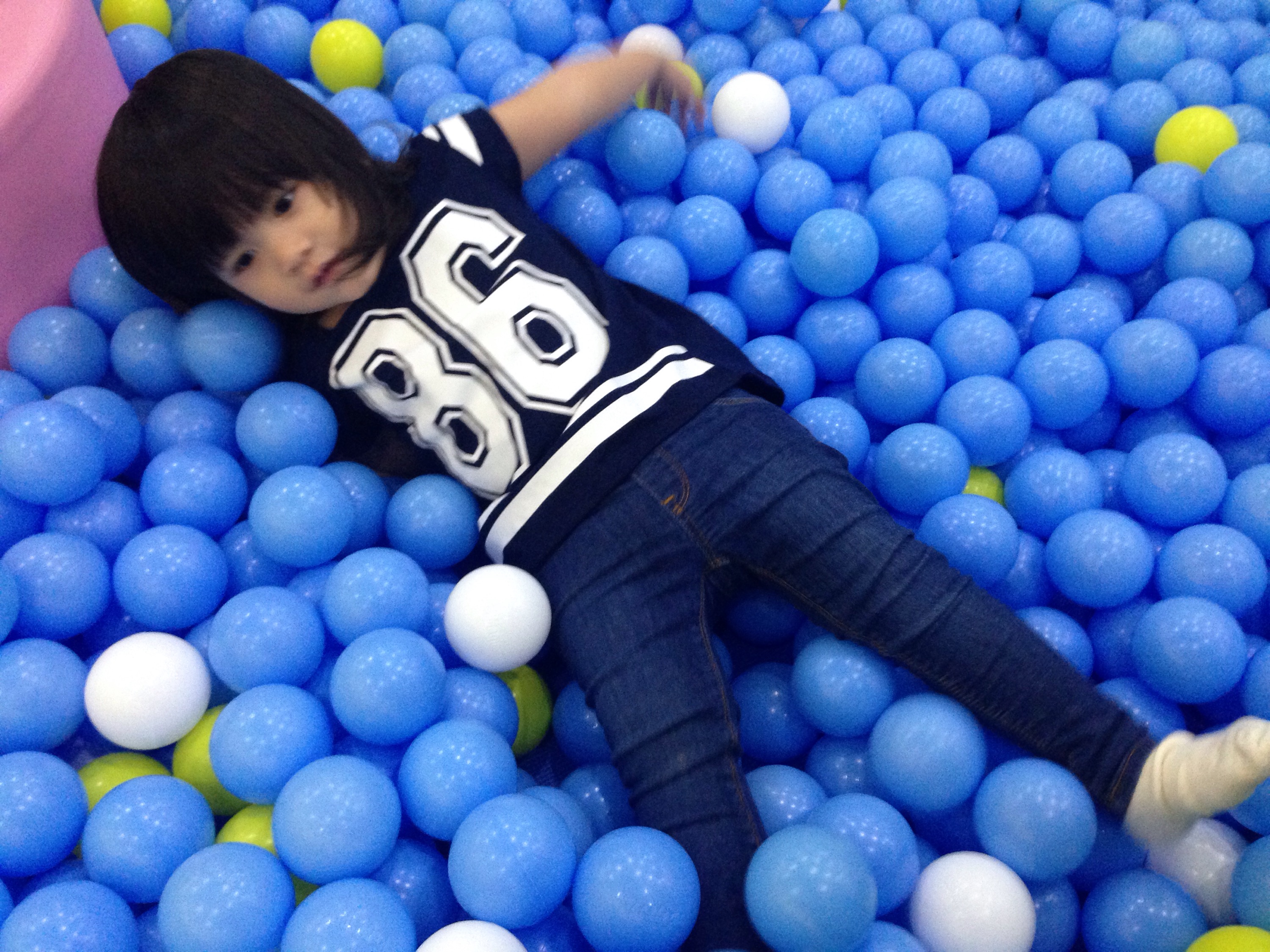 We have also shifted her vitamins from Nutrilin drops to Nutri 10 Plus which according to some reviews I’ve read, provides kids energy and keeps them active and strong. So far, since I started her on Nutri 10, I’ve noticed changes in her usual sedentary nature.  Nutri 10 Plus Syrup contains Chlorella Growth Factor (CGF) which enhances the physical growth of children. It also has Taurine, Lysine and Zinc – three of the most amazing and important minerals and amino acids that children needs in order to boost their linear growth and intelligence. 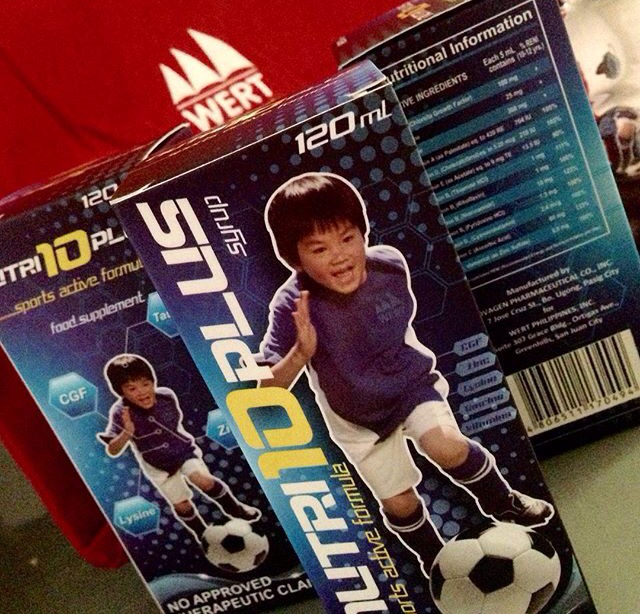 Although my daughter still takes (as prescribed by her pedia) Ferlin as iron supplement and Celin plus for her daily dose of Vitamin C. I think all these vitamins and supplements are really beneficial to the overall growth and well being of my baby.

Here is a list of her recent year activities. Let’s see what’s coming this year..

Truly, her progress has been remarkable and she continues to impress and amaze us each day. I do hope and pray that she stays healthy, smart, happy, strong, kind-hearted and God-fearing. Looking forward to happier days with you and daddy.. It only gets better.