Health Watch: Turmeric Tea Might Just Be the Key

I am one of those people who believe in the importance of wellness and healthy living. Always trying hard to be that health buff who opts for things that will provide me and my family our overall good health and well-being. Also a self-proclaimed advocate of prevention, i would go my way to recommend to the people in my loop, something that has convinced and impressed me.

In this rapidly changing world, where we constantly try to adapt to certain standards of living- what we have versus what we need- the food we eat, the environment we live in, the mental and emotional states we are in, we just got to keep pace!

Relax. Take a deep breath and slow down. Have a cup of tea. And this time, I’m not talking about your regular cup of tea. Allow me to tell you something about my favorite cup of tea.. Turmeric Tea.

Turmeric (from the root of curcuma longa plant) is a ‘cousin’ of another popular spice, ginger. This brightly yellow-orangey colored culinary spice has been a major ingredient in Indian curries, and it is the same spice that makes the mustard that you put on your burgers yellow. 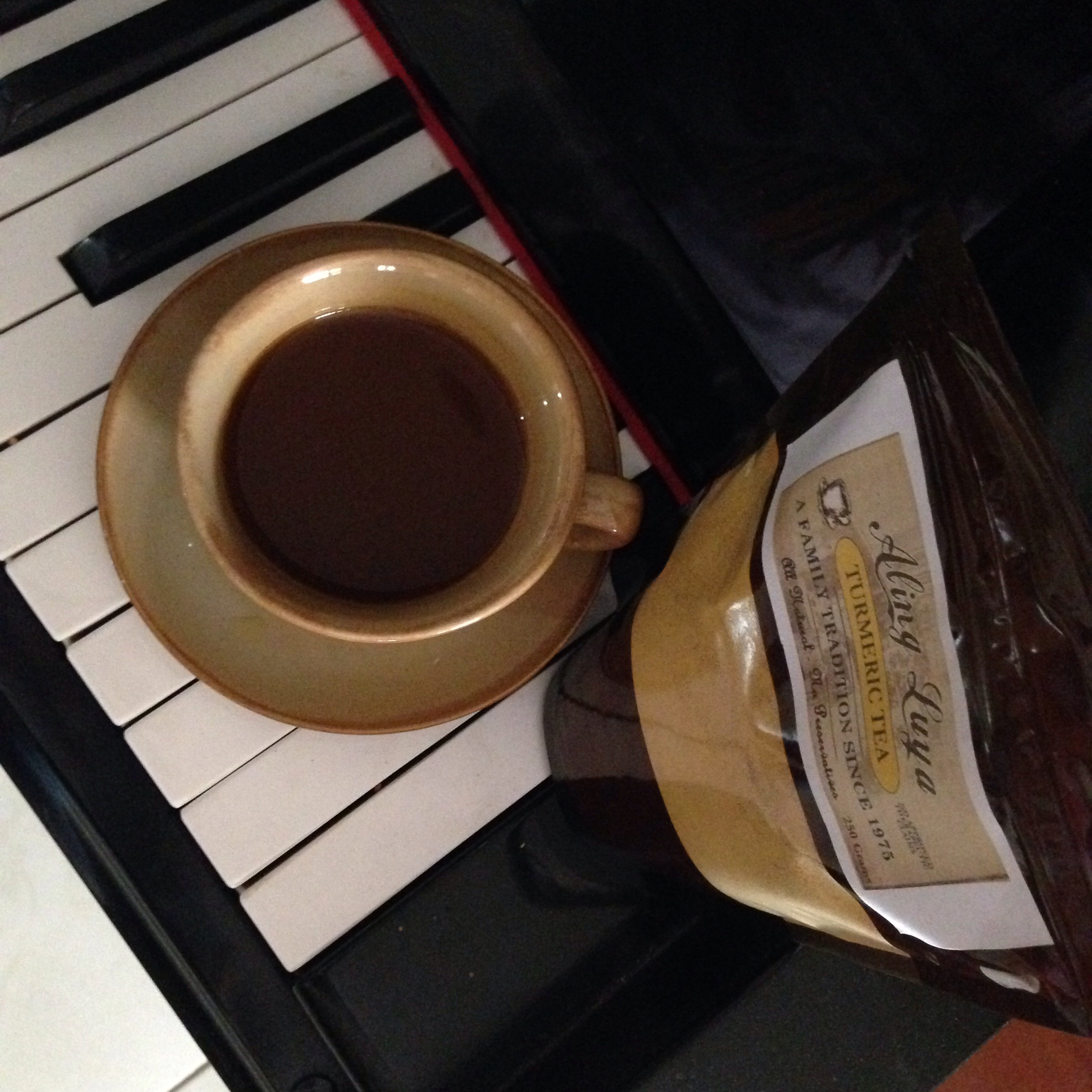 I have heard too many good things about its perceived health benefits, over the radio, on tv, have read a couple of articles about it on the net and have heard of real-life testimonies from some of the elderlies I know.

They say that turmeric has an anti-inflammatory property which means it can help relieve pains and swelling; that it helps facilitate good digestion; helps slow the progression of Alzheimer’s disease; accelerates wound healing and skin damage repairs; and helps heal other inflammatory skin conditions, among others. 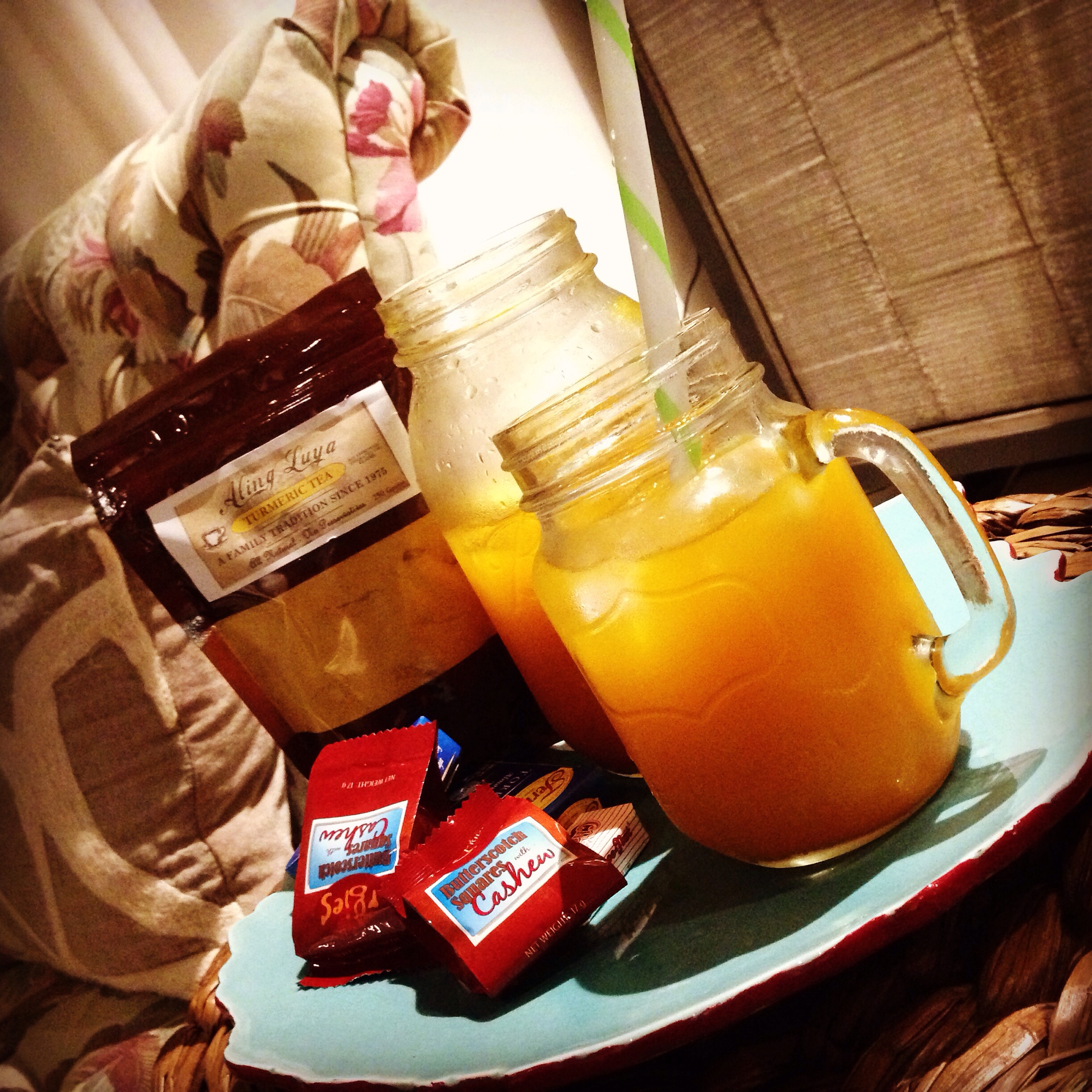 In one article I have even read that turmeric has over a hundred health benefits, and that it may be considered the world’s healthiest and most important plant.

I honestly did not easily get convinced of the health claims until I have recently come across some of its scientific studies.

A well know specialist, Dr. Andrew Weil has been promoting the benefits of including  turmeric in our everyday diet.

Andrew Thomas Weil is an American medical doctor, teacher, and best-selling author on holistic health. He is founder, professor, and director of the Arizona Center for Integrative Medicine at the University of Arizona. (Source:Wikipedia)

To date, according to him, it is the most studied plant ever. One of its published studies was released in the October 2007 issue of Alternative & Complementary Therapies and summarized by renowned ethnobotanist James A. Duke, PhD in the July 2008 issue of the American Botanical Council publication HerbClip.

In the study, Duke highlighted that turmeric has outperformed many pharmaceuticals in several chronic disease treatment, and without fear of adverse reaction. The effects of Turmeric in three major diseases were included in the published paper. These are Alzheimer’s Disease, Rhumatoid Arthritis and certain Cancers (inlcuding colon cancer and prostate cancer in men), it also aids digestion, and has proven to have beneficial effects on the skin.

In another study addressing Alzheimer’s Disease, results say that Turmeric removes the beta-amyloid plaque buildup in the brain that obstruct cerebral function in Alzheimer’s disease.

Turmeric has chemical compounds called curcuminoids, of which curcumin is the most beneficial. Curcumin is an anti-inflammatory agent and an antioxidant. It also helps the body to absorb other antioxidants.

In Cancer, Curcumin has been shown to benefit patients as it can inhibit the proliferation and survival of almost all types of tumor cells.

Overall, Turmeric is not only what makes mustard and curries yellow, but it’s an incredibly powerful nutritional supplement.

After reading a lot of articles about it, I was very much convinced of adding Turmeric in my daily diet. So far, I haven’t been sick (with fever and flu) in the past 6 months, despite being exposed to it a lot of times.

Mommies like me with a growing toddler (or i guess any mom at that), doesn’t have ‘that luxury’ of time to be in sick bed. Hehehe. As for me, I’d be more than willing to take all the necessary measures, and I don’t mind drinking my favorite cup of Turmeric Tea atleast once a day…
Need I say, I highly recommend it. #jnv 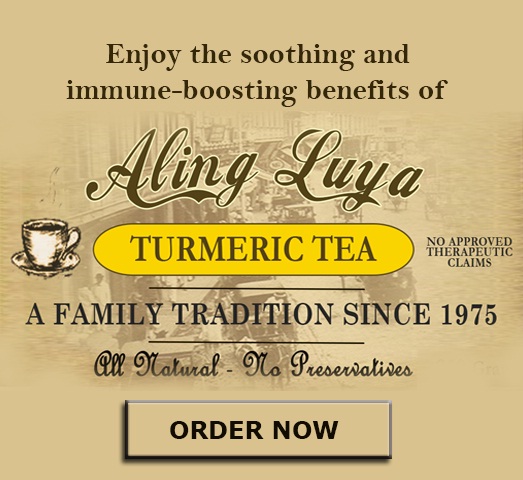 PrevPreviousA Visit to the Historic Barasoain Church
NextBaby’s Got StyleNext